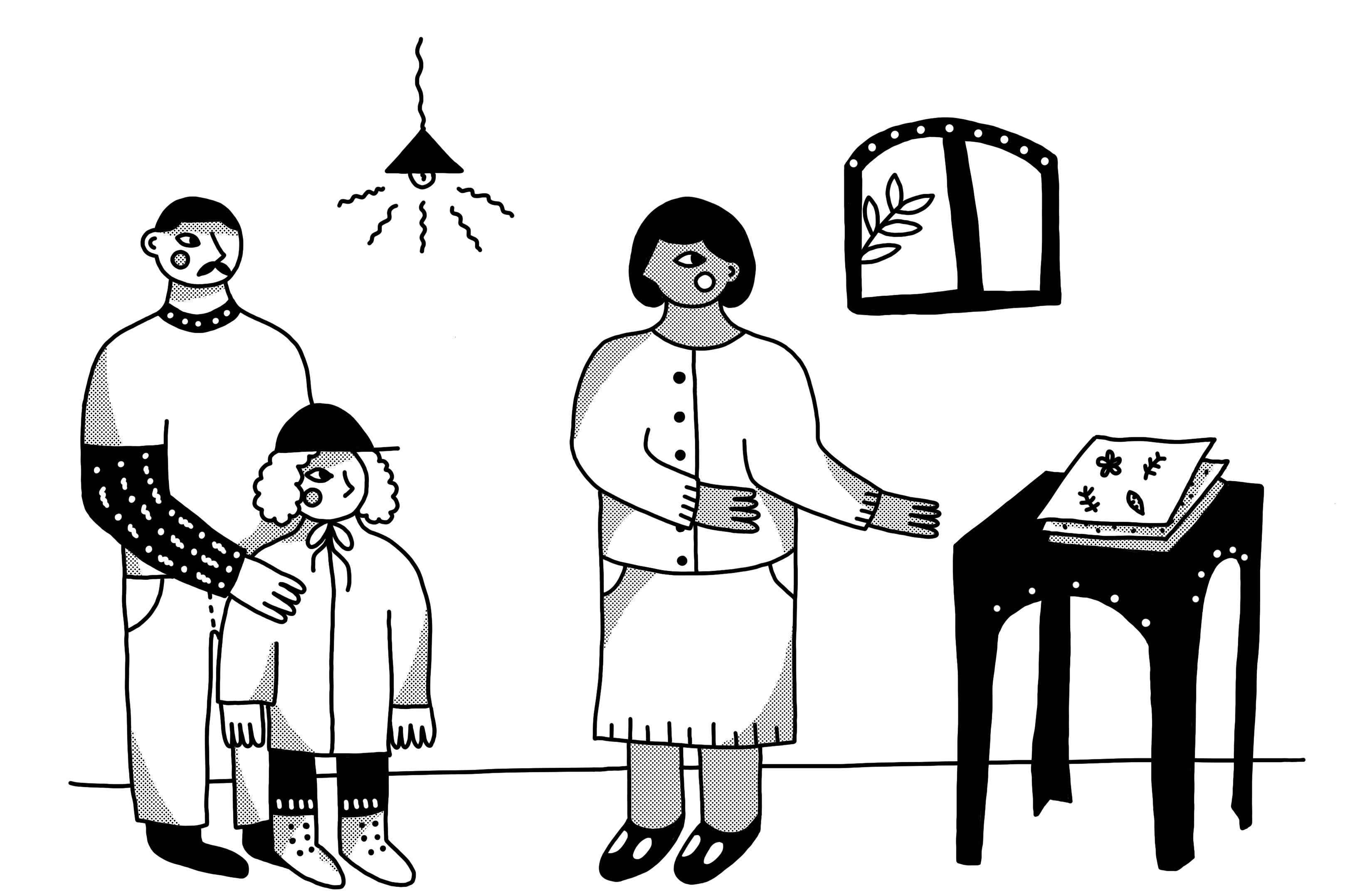 Monseigneur Félix-Antoine-Savard, well-known novelist of ‘Menaud Maître-Draveur’, was interested in handmade papermaking operations. For this simple reason, Saint-Joseph-de-la-Rive in Charlevoix is the home of the Papeterie Saint-Gilles. A prolific poet, Monseigneur Savard had a dream. He wanted to write books on handmade, cotton-based paper, made in Québec. While browsing through ancient texts at the library, he discovered the exceptional archival properties of such a paper.

At the beginning of the 60’s, the only paper production in Quebec was the pulp and paper industry, then enjoying an enviable growth spur. In Clermont, the Donohue Mill which is known today as Résolu, stands witness to a glorious past. This past is still relevant today; Canada is the fifth largest paper producer in the world.

Georges Audet, a Saint-Joseph-de-la-Rive resident and builder of wooden boats was the first papermaster. He trained in the United States and in France, where he learned his craft from crafts people engaged in the sustainable practice of producing artisanal paper.

The old primary school building in Saint-Joseph-de-la Rive, today part of Les Éboulements, housed this unique workshop where cotton-based artisanal paper known for its strength and flexibility was produced.

The name Saint-Gilles has close ties to local history. Henry Morris, an American who was overseer of the first technical research for the operation of La Papeterie, advised using local rapport in the naming of the new enterprise. The wife of Marc Donohue’s uncle was called Madame Alice Béant de Saint-Gilles and she ran a farm called Saint-Gilles in La Malbaie.

Saint-Gilles was a wandering Christian monk, who cared for the infirm, beggars and blacksmiths. Monseigneur Savard recognized the value of the Saint-Gilles legend, and as Saint-Gilles’ name was associated with the Donohue family, giving the Saint’s name to La Papeterie was an easy choice. 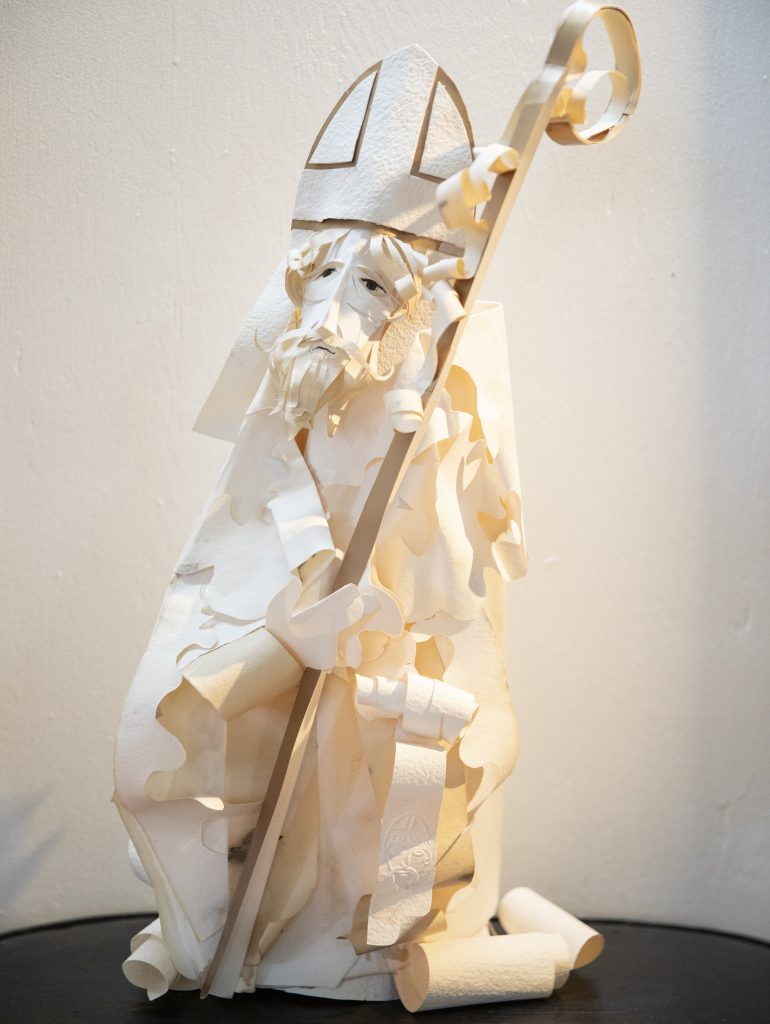 When Monseigneur Savard died, Cyril Simard, architect and ethnoscientist, became president of the artisanal society. After establishing the economuseum concept in his doctoral thesis based on Félix-Antoine Savard’s ideas, he made sure that the Saint-Gilles paper mill became the model for his ideas. Today, the Saint-Gilles Paper Economuseum is a part of a large network of economuseums with 46 throughout Quebec and over 110 international members.

The Papeterie Saint-Gilles is a non-profit organization, managed by a Board of Directors and run by a permanent staff of dedicated people. These measures ensure that the mill runs smoothly and perpetuates artisanal paper production while keeping the mill’s production and development strategies on an even keel.

In its dual role as the oldest and last artisanal paper making industry in Quebec, the Saint-Gilles mill has produced high quality paper for over 60 years and has a reputation that transcends Canadaian borders.

A few historical notes from here and elsewhere…

The invention of paper is closely linked to writing and the very human desire to communicate with others. Think back to the first marks made by Neolithic Man who left signs of his existence in stone or on bone, and later on wood, metal and clay.

Papermaking was born in China at the end of the 3rd century BCE. In the 8th century, Arabs learned the Chinese method of paper making and slowly this production made its way to Western countries. In the 15th century, Gutenberg invented typography and this signaled an increase in paper consumption. But really it is the 19th century where a huge expansion in production was seen. In the 20th century, paper making became the heavy industry that it is today.

Paper has always kept pace with human development and activity, ensuring an expanding market for those who mastered its fabrication.

The onset of paper

In the year 105, Tsaï Loun, Minister of Agriculture of China, was the first person to codify the art of paper making. The Minister recommended the use of fibers from bamboo trees, mulberry bark and mostly hemp and flax seed. The art of papermaking would remain in Chinese and Japanese hands until the 8th century when in 751 at the battle of Samarkand, the Arabs became aware of its production. Very soon, they understood the value of paper making and understood that this could have a protective impact on Islam. Paper became the first vector for mass communication in the Arab world. As Arabs steadily made headway in Western society, paper began to be seen everywhere.

Invention of typography: its role in paper development

Around the year 1440, a new revolution came about: typography (based on the principles of moveable characters) by Gutenberg’s printing press which enhanced the use and therefore the production of paper. The industry was still entirely artisanal and became more mainstream with the use of milling stock powered by hydraulic energy.

A capital contribution from the Dutch

In the 13th century, the Dutch invented a device called the Hollander cylinder which removed the fiber from rags. This new technique brought considerable advantages to paper making production, among them:

Invention of the paper making machine

During the 19th century, paper gained preëminence as a medium due to production processes allowing for greater transformation of raw materials. The paper making industry left the artisanal stage and became a small industry.

In the middle of the 19th century, faced with ever-increasing difficulties in acquiring rags, notably because of cost escalation, paper mills started searching for new raw materials. Very quickly, they decided on wood as a primary source.

This was not a new idea: the Chinese had already fabricated paper from tree bark and bamboo fibers. In 1885, mechanically produced pulp became the essential raw material for manufacturing newspaper stock, a paper choice made by most newspaper editors throughout North America.

In the second half of the 19th century, chemical processes made it possible to extract fibers from wood – chemical pulp. The result was a stronger paper and an increase in production. Chemists of that era were able to show that all plant cells contain a white fibrous substance chemically identical to that of cotton in rags. It was called cellulose because its contents contained the essential matter of cells. Chemical processes consist of extracting cellulosic fibers from wood and those fibers are used to fabricate paper.

At the beginning of the 20th century, the increasing demand for paper took papermaking from a small industry to a heavy industry. Between the two World Wars to keep up with demand from increasingly industrial processes, two processes were invented to produce pulp from wood chips for a more efficient use of sawmill wastage and wood unfit for use as softwood lumber.

Our papermaking industry originated from developments in forestry to feed the English markets. Following Napoleon’s blockade in 1806, England could no longer get supplies from European countries. Therefore, she called on her colony, Canada, to procure softwood lumber that would serve for shipbuilding, among other things.

At that time, Quebec discovered the commercial potential of its forests and began to maximize the use of its huge hydrographic or river system. From every corner of the province, thousands of men migrated to lumber camps, leaving behind women, children and land to go dormant. After spending a winter felling trees, when the spring thaw arrived, the men used the spring snow melt flood to float wood downriver. It was the beginning of the log drive, an efficient and economical way of transporting wood to sawmills, where logs would be cut before being exported.

After the Second World War, the pulp and paper industry enjoyed a great renewal, and this was known as the golden age of the industry. This was characterized by record growth in production but also in labor reorganization, based on process mechanization-from wood cutting to paper production. Job specialization also gave a new modern push to the industry, after the opening of the first national school of papermaking at Trois-Rivières. For their part, workers enjoyed better salaries and working conditions and before long, unions started making inroads in an industry (among many) whose paternalistic attitudes were an obstacle.

The 60’s brought great changes to Quebec society. Spurred on by the “Maîtres chez nous” (Master of our own House) slogan of Jean Lesage, Quebeckers wanted to re-appropriate their territory. Great projects such as the nationalization of electrical power began to see the light of day. It was the beginning of the welfare state. For its part, the paper making industry was trying out new strategies to bolster its influence while elsewhere, the government was creating more corporations for better controlling its resources. With the adoption of Bill 27 in 1974, the legislators went even further: they wanted a better distribution of regional forestry resources. Legislators granted subsidies to mills and devised a complete reorganization of the sawing industry. The government, once the caretaker of the forest, became an active participant in the business of forestry.

In 1980, after a period of continuous growth, recession and unemployment began to have an impact. Faced with a slowdown in forestry activity – a consequence of over-exploitation and insufficient reforestration – the government privatized and deregulated its Crown Corporations. Industry was turned upside down. De-industrialization – a phenomenon that lasted a decade happened when restructuring of forestry and papermaking industries were forced on Quebec due to strong foreign competition. Equipment modernization was necessary to meet new market demands. Sadly, many papermills did not see the necessity of investing millions re-tooling obsolete facilities since it became possible to build better and less expensively elsewhere.

The new millenium brought several factors to bear that contributed to the decline of newspaper stock production: the rise of the Canadian dollar, competition by international markets and the onset of new electronic information systems. Ironically, advanced technologies shape today’s papermaking operations and call upon the industry to re-invent itself. Where once competition and production counted, today it is knowledge and economy that will allow papermaking to continue. For example, new transformational and value-added processes allow the work to be approached differently, from the transformation of wood, paper and cardboard production, to the treatment of recycled raw materials. Today, the papermaking industry is taking a greener approach as new environmental standards such as wastewater treatment are enforced. The industry also prioritizes ecological and readily renewable resources such as bamboo, eucalyptus, hemp and flax. On the research front, there is talk of biochemistry, methicellulose, bioenergy and antibacterial intelligent paper. For the industry, evolution remains constant. 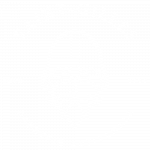